I am a Truvada Whore

What is it about Truvada PrEP that is so upsetting to some people? 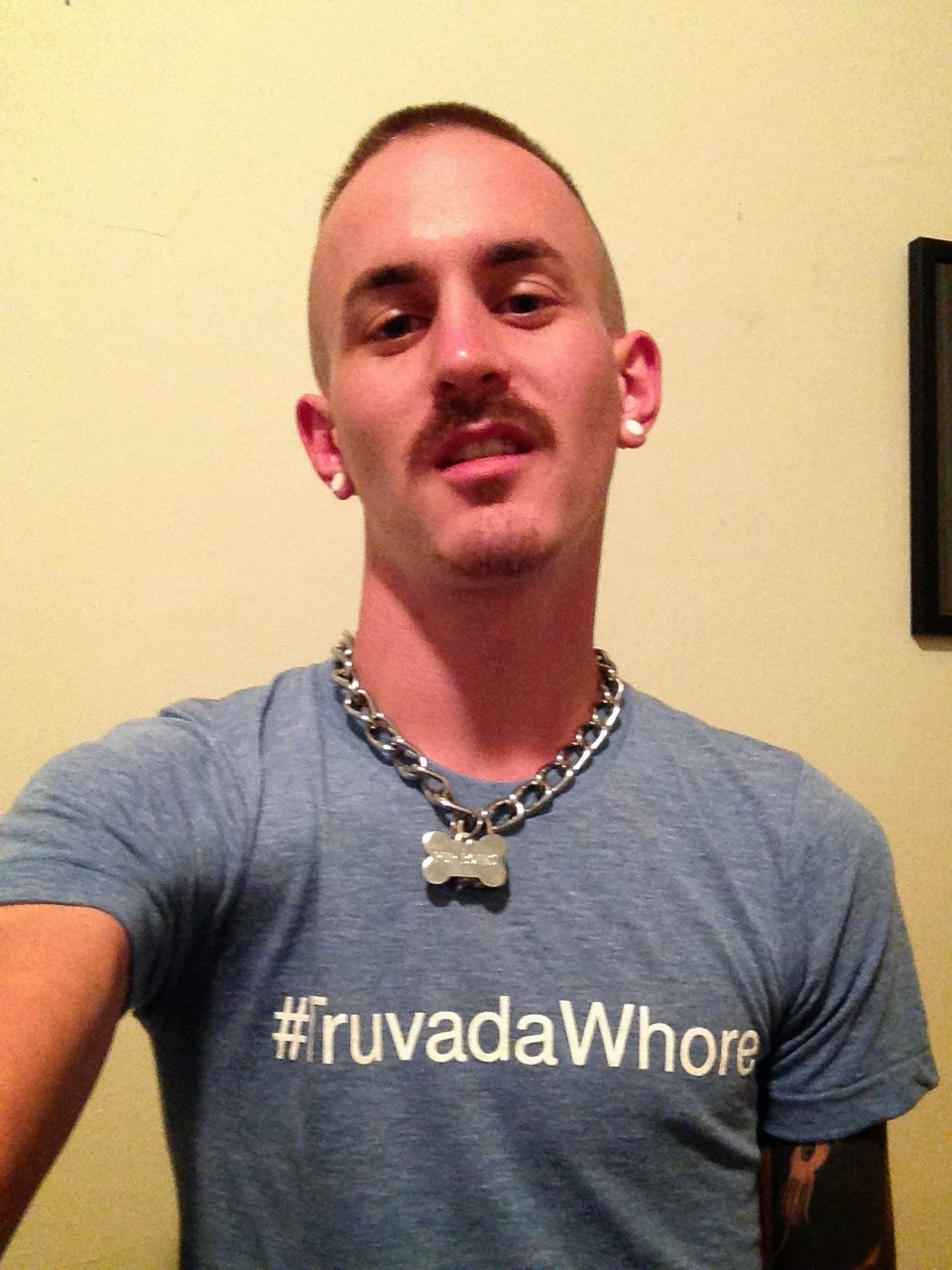 We all know change is hard… especially after you’ve been trained to have sex a certain way your entire life, after you’ve watched dozens of your friends pass away in mere months, after you’ve repressed your sexuality since childhood, all the while fearing death, disease, and social-rejection. These things are hard to talk about. There is certainly a great deal of stigma surrounding HIV/AIDS, even in San Francisco. Conversations about HIV status, viral load, and PrEP aren’t happening as often as they should be.

New HIV diagnoses in San Francisco have remained steady over the past decade (according to the SFDPH HIV/AIDS Epidemiological Annual Report 2012). We can only speculate about these new cases, but it is safe to say that HIV stigma often plays a role in new transmissions. Take for example, a man who doesn’t know he is HIV-infected (with a spiked viral load) and declines free HIV-testing services due to perceived stigma of HIV. Also take for example, the awkward young man who just got invited back to a hot guy’s place for sex, but feels that a discussion about HIV status and condoms will kill the mood. Take for example, the man who decides to utilize Truvada PrEP (pre-exposure prophylaxis) in order to prevent HIV infection, but is “slut-shamed” by both HIV negative men and men living with HIV.

What we've done in the past to prevent HIV simply isn’t working anymore. Public health has to evolve with the changing social landscape. PrEP is a great tool to address the reality of the world we live in today. 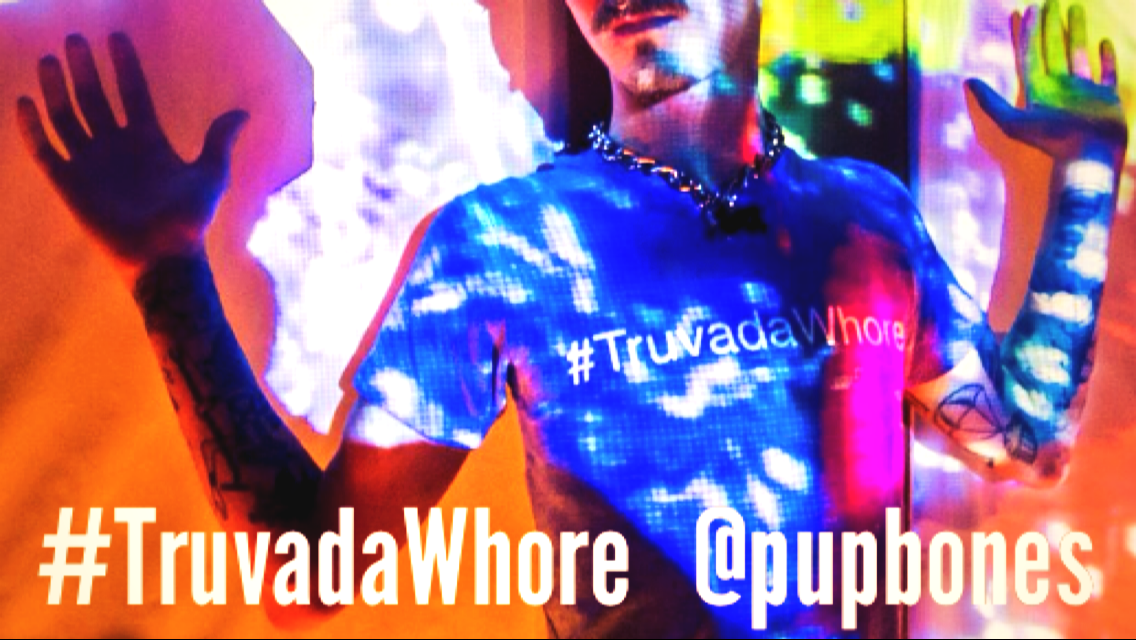 What is it about PrEP that makes HIV-negative men so uncomfortable?

Is it that they think PrEPsters are a bunch of rich, sex-crazed SF dudes who go wild at our private sex parties? Is it that they think we take anonymous dick at Steamworks, and then use PrEP as a morning-after-pill? Is it that they think we’re a bunch of disease-ridden, Typhoid Marys who take load after load from poz dudes? I don’t know the exact reason; maybe they’re just jealous that we’re having all the fun! I’ve heard all their anti-PrEP justifications: “it doesn’t protect against sexually transmitted infections” (which are totally treatable/manageable BTW), “it’s expensive” (it can be free if you try hard enough), “it will turn you into a slut” (most clinical studies have shown PrEPsters actually reduce their number of sex partners after starting  PrEP), that “it’s not effective” (daily Truvada adherence yields a 99% reduction of risk… safer than  condoms), and that Truvada has nasty side-effects (most people don’t have side-effects, it is very easy on the body).

For those reasons I say, perhaps Truvada is not right for you! But it is right for me and many other people. I would much rather remain HIV negative and take Truvada in my “whorish” 20s and 30s, than be HIV+ and have to take medications for the rest of my life.

What is it about PrEP that makes HIV-positive men so uncomfortable?

They love telling me how their anti-retroviral medications make them feel so terrible and that they wish they didn’t have to take them. I can empathize with the fact that you feel that way, but I have not been living with HIV for 20 years, so we definitely cannot compare our current states of health. Truvada is a very well-tolerated drug. It is a medication that has been used as part of combination therapy to treat HIV-positive people since 2004.

And then they ask me, why don’t you just use a condom?

Well, I do most of the time, but sometimes things happen, sometimes condoms break, sometimes it slips off, and no one knows until it’s over… there are so many variables that can contribute to HIV transmission. Why would you discourage me from wanting to do something to keep me HIV negative? Wouldn’t you do the same thing if you were in my situation?

Instead of stigmatizing people who decide PrEP is right for them, we should affirm and empower them for taking initiative and personal responsibility for their own health. Positive messaging is what we need. After 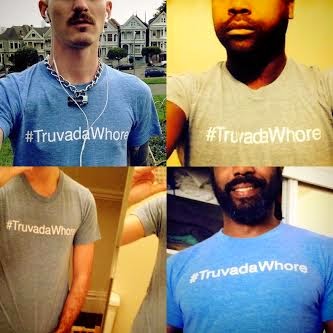 I started PrEP 16 or 17 months ago, things changed dramatically for the better. I felt comfortable with
the sex I was having, I felt more confident negotiating sexual encounters, and I generally felt better about my life. I don’t know who I would be today if I hadn’t started PrEP back then.

In order to create a better sense of community and belonging, I’m pushing for the re-appropriation of the term “Truvada Whore.” “Queer” used to be an insult? We happily took that word back, and it subsequently lost its power as a derogatory word. David Duran wrote a piece entitled "Truvada Whores" for the Huffington Post back in November 2012. In it he coined the term "Truvada Whore" and stigmatized PrEPsters. After learning more about PrEP, he changed his views, and  is currently a PrEP ally. And he’s a super cool dude. Read his latest HuffPo piece "An Evolved Opinion on Truvada."

Are you a “Truvada Whore” or an ally? Help me take the word back, wear it as a scarlet letter, be loud and proud. Follow me on Twitter, @pupbones. Search social media for #TruvadaWhore. Buy a #TruvadaWhore t-shirt and support AIDS/LifeCycle 2014.

I’m tired of standing back and letting the world fall into complacency.

I’m ready to make a difference. I am a “Truvada Whore.”


EDITOR NOTE: Check out the new TruvadaWhore.com for links to helpful info on PrEP.  It is just a simple page at the moment, but the hope is to make it a bit more visual and fun. The domain name was purchased by an advocate early in the year, and when he found out about @pupbones and his fabulous  #TruvadaWhore campaign, it inspired him to get something online - yesterday! Stay tuned...

Posted by NewPrevTech at 6:05 AM