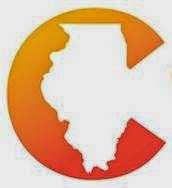 Check out this fantastic new resource - "PrEP Coverage on the Illinois Health Insurance Marketplace" published by AIDS Foundation of Chicago - home to My PrEP Experience.

The document summarizes the monthly out of pocket cost a person can expect to pay for Truvada under each of the plans on the Illinois health insurance marketplace.

To learn more about the marketplace and health coverage, get started at www.GetCoveredIllinois.com.
Posted by NewPrevTech at 3:18 PM No comments:

I have  a few young guys who need me, who engage me, and it feels so wonderful to be alive now.

When I began having sex at 19, I bottomed bare from the start with a few guys.  Then at 21 (in 1984), in one of my med school classes, the lecturer said that the development of an HIV test had allowed researchers to discover that for every one AIDS case in New York there were 100 infected.  I suddenly realized that there were more than 3 cases in Michigan, and that the bathroom stall at Mason Hall was not a good idea any more.

So I tried to marry a guy, as I was kind of like that anyways.  That went 3 years.  Then I got dumped.  I tried Catholic celibacy for a year, then started going to bathhouses twice weekly to watch other guys fuck, but I was too frightened to do anything but oral.

At work, I watched crop after crop of patients my age die.  Shocking horrible deaths.  Old college crushes one by one were memorialized, and then slowly forgotten   I went to therapists to try to control my behavior.  It worked well enough.

I tried to marry a guy again at 30.  At 34, I found him crying in the bedroom, having just got his HIV diagnosis that day.  So, I learned we were not actually monogamous, and my escape-the-epidemic strategy had failed.  But it hadn't.  He had made me a top, and I was OK--negative despite the worst sore throat ever that week.  I helped get  him to an  undetectable viral load, took him to my best friend colleague, who put him on crixivan, zidovudine and lamivudine.  He is healthy, and with me, now for 21 years.

Since I was 35, I have not used a condom when I fuck him, and he has never had a detectable viral load.   I let him come in my mouth, because I want that.  But we stopped having sex when I was 48.  I don't know why.  We love each other.  He is my mate in life.  He bakes me raisin bread, washes my clothes, lies beside me sleeping when I come back at midnight from hospital rounds.

When I was 48, I saw the "monkey PrEP" data.  I began taking Truvada then, on my own. I took a half pill every day.  I did not tell my internist.  She refers patients to me, and is like a second mother.  I got labs for my cholesterol.  I took  leftover meds that had been returned, as there was always enough, because I take care of hundreds of HIV patients.

I discovered the internet at 49, and Grindr at 50.  I have more sex now than when I was 19.  I have  a few young guys who need me, who engage me, and it feels so wonderful to be alive now.  I don't always use condoms.  And I don't always top.  I will not give this up.

Each of these relationships (ok some of them are, at best, encounters) makes me feel something-- vital.  I can't suppress these needs through work any more.  I am now officially on PrEP.  I am still negative.  I so hope the miracle of 2012 (when the FDA approved Truvada as PrEP) will save me, just like the miracle of 1996 saved the last few of my college friends.

Posted by NewPrevTech at 4:01 AM 3 comments: