Chicago's lovable, award winning vlogger Ken Like Barbie tells you what you need to know about PrEP in this shot, sweet video clip.

Posted by NewPrevTech at 9:30 AM No comments: 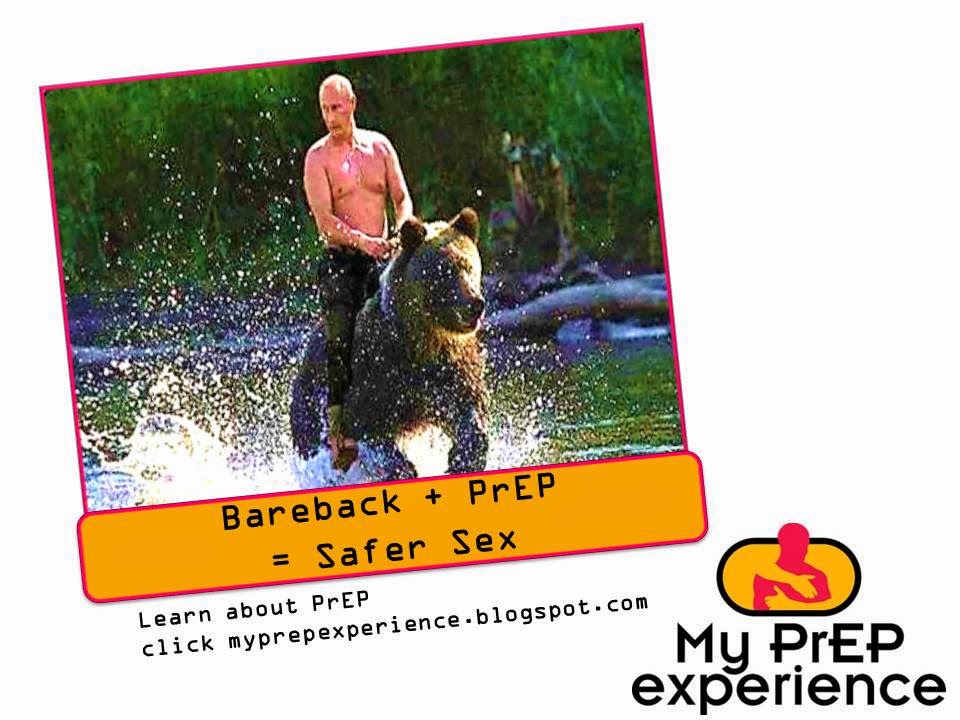 Posted by NewPrevTech at 2:00 PM No comments:

Personal Story: I finally got up the courage to seek PrEP in April 2013

I finally got up the courage to seek PrEP in April 2013.

There's a lot of detail I'm going to spare you, but essentially in 2013 I moved to a different group practice in Austin, TX. I established care with a new Doc at the beginning of 2013. PrEP started to come into focus for me as I discussed it with friends and did a lot of research. I finally got up the courage to seek PrEP in April 2013. 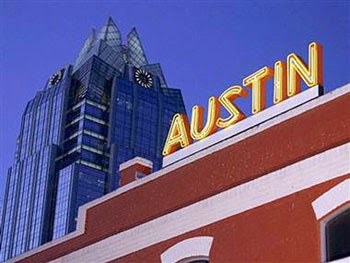 I look back 11 months ago, and realize how difficult it was for me to do this. It was nearly on par with coming out to my family in 2005.


So I called to make an appointment with my new Doc and the nurse immediately shut it down, said I'd probably do better to find a specialist. I asked for a referral within the group, and was told they didn't have an HIV care specialist. Lovely.

The nurse did me a favor. I went back to my old group practice, researched their website and booked an appointment with a new Primary Care Physician, w/ HIV Speciality. One week later, sitting across from my new Doc, he looked at me and said "You're number 2"... meaning, I was the second to request PrEP. He began the discussion of all that was involved and quickly realized I'd done my homework. That was it, pending labs results, my Rx was written.

It's been nearly a year- and to my knowledge, my old group practice lost (first hand knowledge) 4 patients over denial of PrEP. Today I called the Administration office of my old group practice to share my story. Somehow the phrases "Issues regarding your Standard of Care" and "Possible Denial of Care" got my phone call forwarded to a very interested party on the other end of the line.

I was forgiving, and spoke highly of my previous Doctor. I framed this as a "missed opportunity" x 4 for very well established Clinic that prides itself in it's depth and breadth of services. The person taking down my information said the Medical Director will probably be calling me back.

So please, if you hit a road block, do what you can to get your doc in the loop.

[EDITOR: If you have a personal PrEP experience you would like to share, send it to myprepexperience@gmail.com. Words or video.]
Posted by NewPrevTech at 8:00 AM No comments:

Are you ready to educate your doc about PrEP? 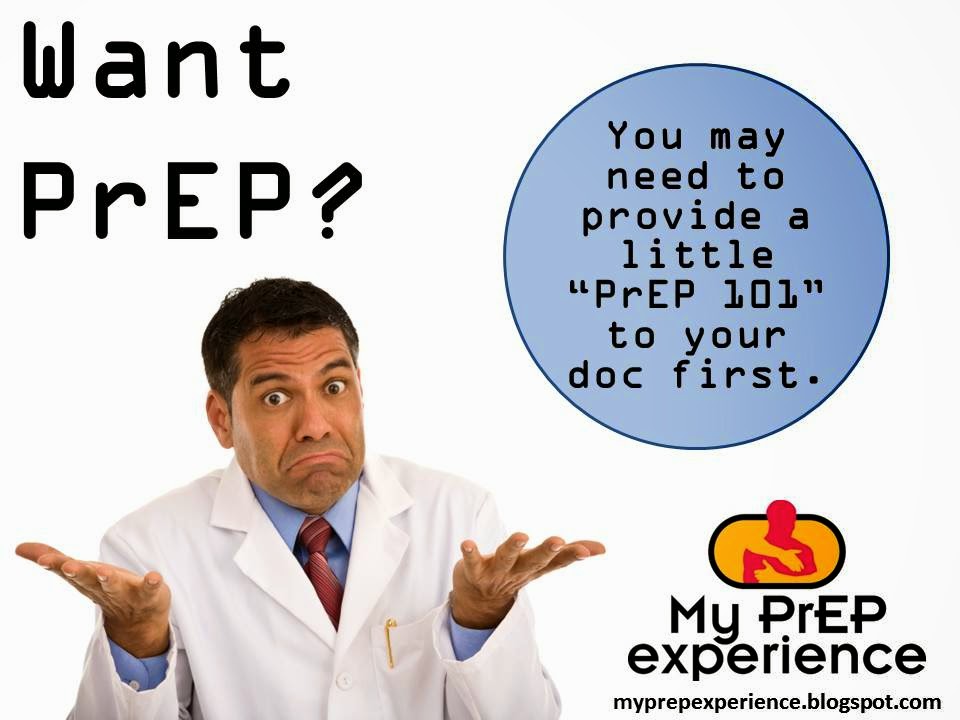 You may know more about PrEP for HIV prevention than your medical provider, and it may be up to you to provide a little PrEP ed.

The CDC recently released PrEP guidance for clinicians. Click here. And let your medical provider know about this important document (they may not.)

Posted by NewPrevTech at 10:00 AM No comments:

Gilead, the maker of Truvada (the drug used for PrEP) has a co-pay program that will help you with your insurance co-pays.

Here is a link to more info. 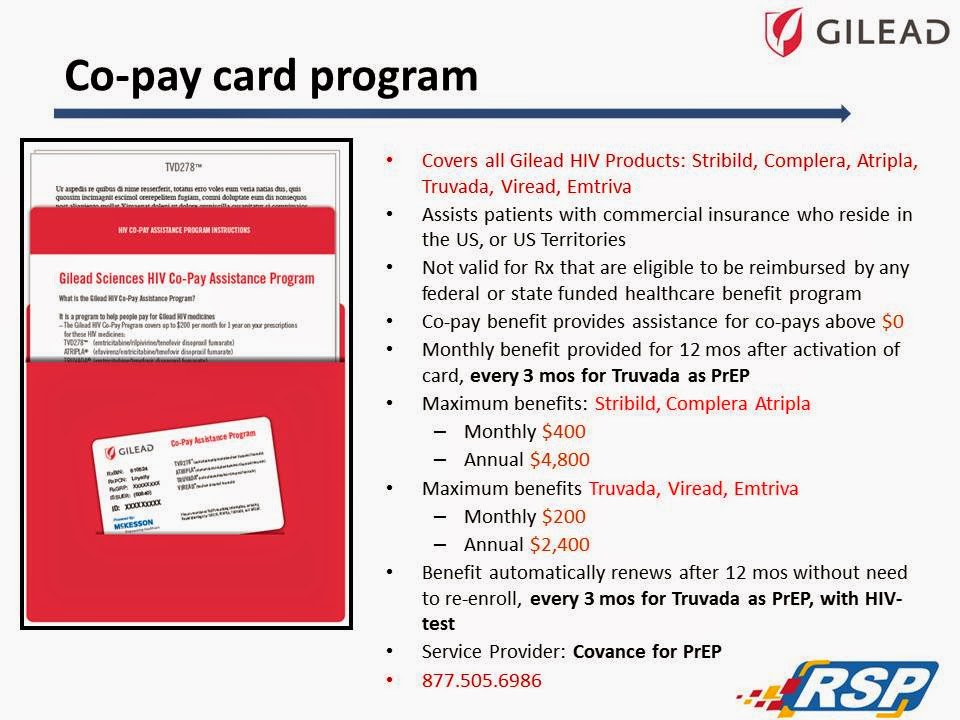 [VIDEO] Garland from Chicago on participating in PrEP research

In the video below, Garland from Chicago discusses his participation in the iPrEx Open Label Study and taking Truvada as a way to prevent HIV infection. The iPrEx trial was the first study to show that an antiretroviral drug (ARV) - normally used to treat people living with HIV - could also be used to prevent HIV among people who are HIV-negative.

In July of 2012, the FDA approved the ARV drug Truvada for the prevention of HIV.

Thanks to the iPrEx team, My PrEP Experience will be sharing a number of videos from iPrEx study participants over the coming days and weeks. Check back often, or like our partner Project RSP! on FB and follow along with all the new videos that way.

He protects me. So does PrEP. 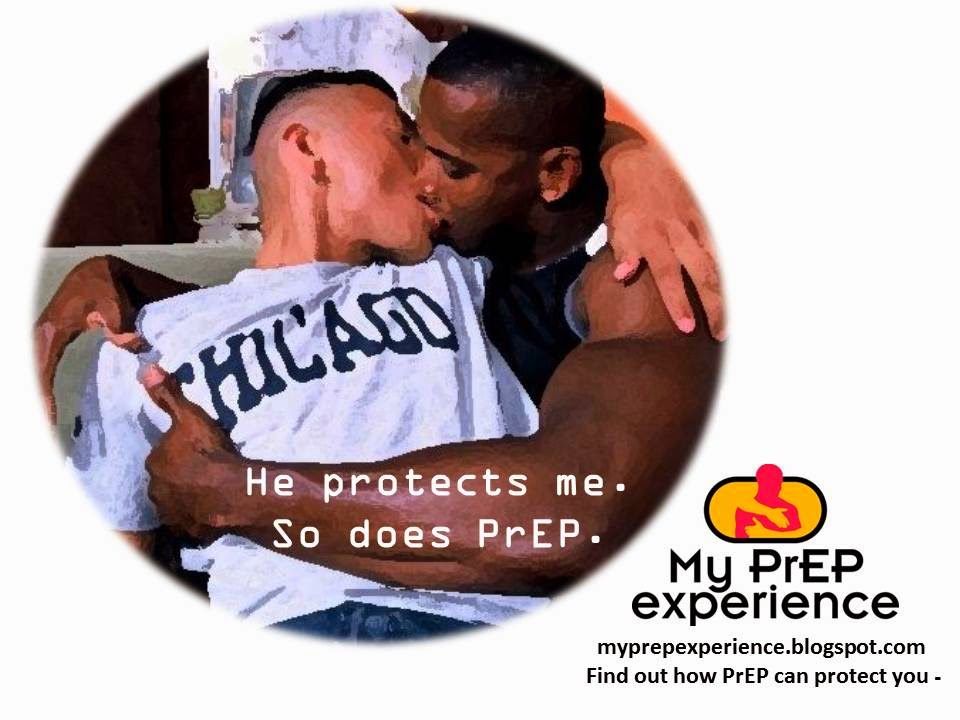 Learn more about PrEP right on this page - check out the info links to the right, and scroll down to read personal stories from folks using PrEP. Learn from them.

The CDC recently released PrEP guidance for clinicians. Click here. And let your medical provider know about this document (they may not.)

Share this page with boyfriends, hook ups, friends, strangers, people at the table next to you....
Posted by NewPrevTech at 9:00 AM No comments: 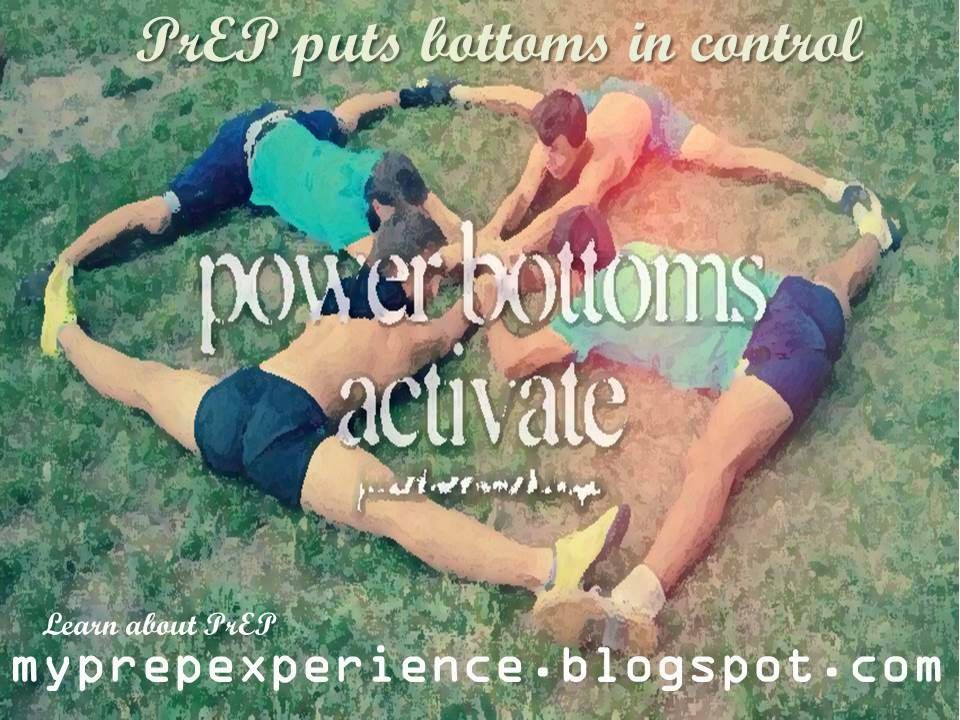 This is a BIG deal.

PrEP is the first HIV prevention tool controlled by the bottom/receptive partner. No negotiation needed.

Learn more about PrEP right on this page - check out the info links to the right, and scroll down to read personal stories from folks using PrEP. Learn from them. Read our short fact sheet.

The CDC recently released PrEP guidance for clinicians. Click here. And let your medical provider know about this really important document (they may not.)

Posted by NewPrevTech at 11:00 AM No comments: 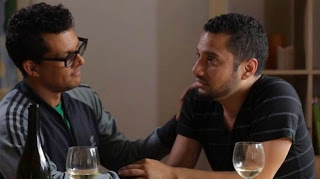 Alejandro has been with his partner for several years. They're a mixed status couple ... Alejandro is  HIV-negative, and his partner is positive. Here, Alejandro describes some of the things he and his partner thought about when they were deciding whether or not to use PrEP.

Project Inform is a great resource for info on PrEP. Click here.
Posted by NewPrevTech at 2:00 PM No comments:

Not preaching or trying to convince anyone, just thought I'd share my PrEP story... 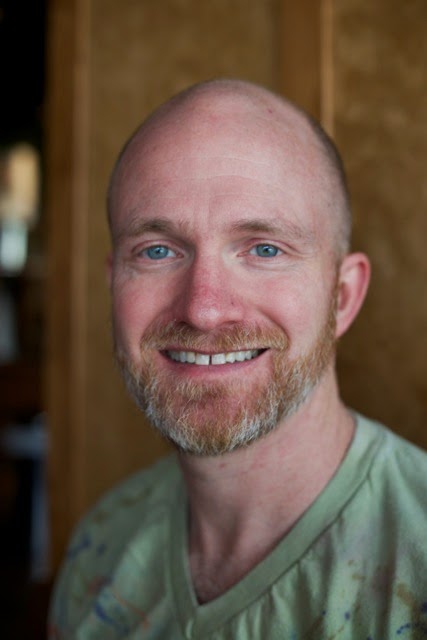 I'm 46, which means I became a teenager the year we first got news of the "gay plague." I went to a military college, then spent 5 years in the Navy following that. I had a very few, discreet sexual encounters during those years, but mostly shied away because: 1) being gay was not socially acceptable, 2) I would have been kicked out of the Navy in disgrace if I had been called out, and 3) there was a mysterious killer affecting gay men with not much information about how it was transmitted or controlled.

Fast forward to 3 years ago.

I found myself head over heals in love with a man who was HIV+.

I had been infatuated with a few HIV+ men over the years, but had never before had to consciously decide if I wanted to be in an ongoing relationship with one. Love won out, and I made an agreement with myself that I'd be okay with a life of continued, consistent condom usage with this man. (I had been in the habit of regular condom usage until a monogamous partner and I had been together for six months, at which point I switched to condomless sex paired with continued regular testing.) At the time my boyfriend and I met, he was positive, but not yet on ART (as per CDC guidelines and his doctor's advice at the time.)

A year later, the CDC changed their recommendation on when to start ART. My boyfriend, on the advice of his doctor, started taking Atripla and, within 3 months, had an undetectable viral load. Once he reached that point, he and I stopped using condoms with each other. A year or so after that, I started on Truvada.

We are not monogamous, and I myself have enjoyed going to bath houses in the past and currently.

I get tested almost monthly as the result of a PrEP study and an HIV vaccine study I participate in. This winter, I tested positive for gonorrhea. This was the first time I'd ever tested positive for an STI. I was treated immediately and followed the advice of the STI clinic in regards to notification and temporary abstinence. Because I had discussed this possibility in advance with my partner and health care providers, it did not shock me or destroy my ego. I felt equanimity about it.

Where am I at mentally today?

I feel good about my choices regarding my sexual, mental and social health (if I can be so bold as to make those three categorizations). I feel more in control of my prophylactic decisions than I ever have before.

I think I've done a reasonable, informed job of preventing myself from becoming infected with HIV, but I'm also not afraid that my life will end if I do become infected. That's a welcome change! I would like to avoid other STI's, but I also understand that I should balance that with finding joy and pleasure in life, not hiding in the closet.

I'm sure not everyone would agree with my approach. I know there are both individual conscience and community responsibility angles to this discussion which are complex and sensitive. I'm happy with my current choices, and I continue to try to remain both well informed and open to modifying my strategy as we learn more about both HIV, other STIs and gay health in general.
Posted by NewPrevTech at 8:43 AM No comments: