Paul from Cape Town - "What if all your anxiety, your fear, your doubt... Just one pill... It could disappear?"

It’s at this moment I should don my leather jacket, put on my sunglasses and say in my Matrix voice “What if? What if I told you that this world that you see before your eyes could change with a pill? What if all your anxiety, your fear, your doubt... Just one pill... It could disappear?" 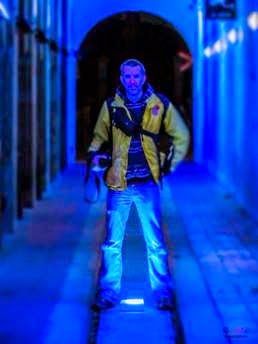 It wasn’t one of those romantic moments from Cosmopolitan magazine. Nor was it one of those love story moments that make you feel like a sociopath for not ever having been in one of those hazy coffee shop situations …. but, we recognized each other.

He was naked, sweat glistening on his body, and when he got up, his cock seemed to be the one that wanted to shake hands.


My clothes were off and we were soon in a tangle of arms and legs. In amongst the temptations, salty kisses and heaving men - it was his eyes that I sought out. It was his hand that held mine in the throes of passion. It was his warm hand that touched and caressed me as I lay there thinking about an escape. But I digress, a bit of background information may be required to follow the thread of this story.

I am not a handsome devil or a cherub-faced guy. I am just your normal, run-of-the-mill, everyday man. But that’s what makes me so dangerous. I smell like a man, I look like a man, I have grey streaks in my beard and tiny laugh lines at the outer corners of my eyes. I have a wry smile and a naughty glint in my eyes. I can track a smile from way across a room and am very aware of any mans’ lingering gaze on my crotch. Through many years of practice my success rate is pretty high – although I don’t always get the guy.

In banks, shopping malls, gyms, out jogging, I spot them - looking. I always make the first move. A greeting, a friendly “Hello” and, once I have the slight confirmation of mutual “lust”, I swiftly move in for the kill. Like a slathering and ravenous wolf that hunts alone, I have taken singles, couples and sometimes groups.

My taste in men is real men! They range from hairy-backed bear-like men to smooth-chested accountants to beer-bellied and chain-smoking alcoholics. Married men, straight men, gay men - I don’t discriminate. Sometimes I string them along if the sex is good but, often, it’s a once off mutual understanding of lust and release. To have sex with a man is an all-encompassing and overpowering urge. An urge that is so great that it overshadows all else and, like a scalding knife that cuts into your brain, short circuiting all thoughts other than the one goal – to get one thing. SEX!

I cannot relate. Being gay in the 1980’s until the present day has had some very interesting parallels. Where once I was ashamed and hid my sexuality for fear of rejection. I now find that, even though I am an openly gay man, I still have a largely hidden private life.

In my twenties, my boyfriend at that time introduced me to a man who would sit at the end of the local gay bar with a cigarette in one hand and glass of wine in the other who would deliver a string of witty comeback remarks that had us in stitches. A few short months later we stood beside his bed in the local hospice saying our goodbyes to him. I remember his pleading eyes in a sunken face - betrayed by the disease that ravaged his body. This was a harsh early lesson learned regarding the realities of the AIDS generation and the consequences of erratic condom use. At the time, my own condom use was approximately 50%. People don’t always think in the heat of passion, they just dive on in and deal with consequences later.

Show me a man that has a 100% condom usage rate, and I will show you a politician in the making.

This experience certainly scared me enough to use a condom or to at least, limit myself to one partner at a time for a while. Like most victims of the AIDS epidemic, names and faces would just fade like some melting ice berg. Here today, gone tomorrow - and the uncaring world and life goes on.

The truth is - the world NEVER stops.

In this life, no one gets out alive … No-one.

It was after I had sex with Mr O on a number of occasions that he advised me of his HIV status. He was HIV positive. He told me as we lay together, holding on to each other as if the world were disappearing beneath our feet. I could feel him clinging on to me - almost expecting me to jump off the bed and run hysterically down the street. Inside I was screaming - I wanted to scream at him. I wanted to cry, and plead - but I was surprised by my own actions.

I kissed him instead. Mr O, with his placid nature and his understanding eyes cradled me in his arms as if protecting me from a terrifying storm. There was something even stronger than the tempest inside of me, HIV/AIDS, death … These things were part of him, a huge part. These things ruled his life and had done so for years. Would they start to rule mine as well?

After he told me, I was filled with mixed emotions. I wanted to run, I wanted to get away. It was as if I had been burnt by a flame. Things I’d read in magazines, information spread by the media and things that friends and acquaintances had said swirled around in my head. I wished them gone - this HIV thing had become too real. Even language and means of communication has changed, we whisper in each others’ ears “Are you clean?”. These words contain so much negative stigma that this disease has spread. We say it as though someone with HIV is dirty, an unclean and unholy thing.

It had been three years since my last test and I’d liaised with about 150 men during that time. Who bothers to count, it’s just a recreational pastime. During the process of thinking about, planning and being tested I comforted myself in the one way I knew would soothe my soul, even if just for a short while. Sex! As my phone chimed and the hook up was set I buried all thoughts of HIV and tried to lose myself in someone else. My next partner was married. The sex wasn’t messy, it just wasn’t completely safe. Empty promises of repeat performances were exchanged. As soon as he was out of the door, the guilt set in.


Read more »
Posted by NewPrevTech at 9:52 AM No comments:

Dwayne in Atlanta - "Take control of your sexual health, and don’t be afraid to ask questions."

This is Dwayne and I have been on PrEP almost a year and I would like to share my PrEP experience.

But both communities have a disproportionate amount of HIV infections, and the odds were stacked against me. In Metro Atlanta, over 60% of all African American gay/bisexual over 30 years old are HIV positive (according to Emory University) and Atlanta ranks Number one in all new HIV cases. Recent studies indicate half of those recently diagnosed have already progressed AIDS. I have seen close friends, a family member and a boyfriend succumb to the disease and I have feared HIV all of my adult life.

These numbers were very alarming and created a lot of anxiety, which caused a sense of fatalism. I have always placed boundaries on myself, but I started to go beyond my boundaries quite often.

Then I empowered myself; I decided that I was 100% responsible for my health and I re-educated myself about HIV and HIV prevention strategies. I went on a regular testing schedule. I was determined not to be a victim or just a statistic on a government chart.

Then I discovered PrEP from a couple of HIV Activist/Educators (Aaron Laxton and Walter Lee Hampton II) on You Tube and I wanted more information.

I went to a couple of AIDS/HIV Service Organization and was surprised and frustrated at the lack of information. In addition, I was also surprised about the lack of marketing by Gilead; the manufacturer of Truvada.

I called my Primary Care Physician and he never heard of PrEP. I kept running into stonewalls, this made me determined to find out more information; the internet was helpful, but I wanted more. I called Gilead and they sent me the forms for co-pay assistance and the necessary information. Then I called an Infectious Disease Specialist that specializes in the treatment of HIV and they were familiar with PrEP.

After the initial HIV test, I received the green light and started in the spring of last year.
Today, I feel more empowered and no longer fear and worry HIV. I am surprised how many of my contemporaries have never heard of PrEP despite the extensive coverage in the LGBT press and the main stream press.

I am spreading the word, and I hope this information is helpful to anyone considering PrEP. Take control of your sexual health, and don’t be afraid to ask questions.

Posted by NewPrevTech at 5:59 AM No comments:

My PrEP Experience's Jim Pickett (Director of Prevention Advocacy and Gay Men's Health at AIDS Foundation of Chicago), moderated a panel on PrEP at the recent CROI 2015 conference.

Click below to watch the video and get caught up on the latest PrEP science.

In this video, primary investigators discuss the PrEP PROUD study in the UK, the IPERGAY "on-demand" PrEP study (France, Canada), the Partners PrEP Demonstration Project (Kenya, Uganda), and the hope of long lasting injectable options for treatment and prevention.


The CROI 2015 website has recordings of all the major scientific presentations from the conference - check it out to dive in deeper.

Posted by NewPrevTech at 3:14 PM No comments: