Buckle Up - Getting PrEP A Very Bumpy Ride

I got the impression that they thought I was just some gay pig bottom whore that wanted to party on the weekends.


Getting PrEP has not been easy for S. Among other challenges, he has faced grossly misinformed providers.


[Editor's note: S's experience illustrates, among other things,  the lack of knowledge about PrEP amongst a number of healthcare providers. He was told inaccurate information in a number of cases. We have highlighted in red the instances where providers gave incorrect or inaccurate information and provide a few editorial comments. After you read his story, check out this video that busts three common PrEP myths. And prepare yourself if you are interested in getting PrEP for yourself. Your doctor may need some education. Here is a handy brochure from CDC that can help you get ready for a PrEP visit to your doctor. Download and print or have it ready on your phone when you go. Do not assume your providers will know about PrEP. It is better to actually assume they know nothing. We are happy to help troubleshoot with you. Just email us.] 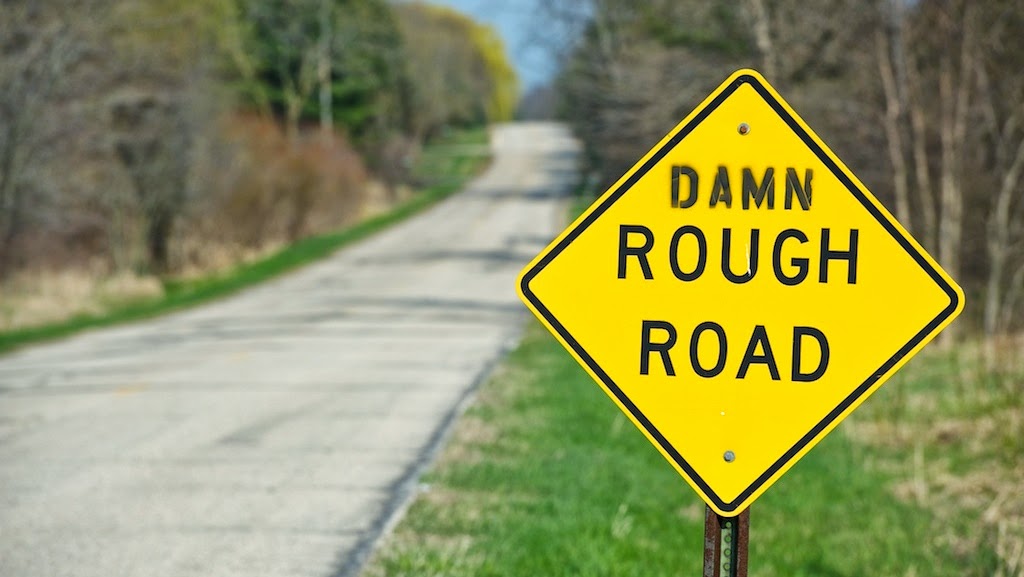 My journey to get PrEP started in June of 2013. Before that time, I had not even heard of PrEP.

I was at a conference, and one of the speakers was giving a presentation on PrEP and TasP (treatment as prevention). Both of these were unknown to me, although I was aware of PEP (post-exposure prophylaxis).

At that time, I did not think Truvada was a viable option for me due to cost. But the seed had been planted.

In January of 2014, I read several articles praising PrEP from sources like Slate and Huffington Post. I started to do some research on my own, and decided to investigate this option further. I took two initial steps.

First, I contacted my insurance company to find out if my student health insurance would cover Truvada. It took several weeks, but they finally said it would be covered, but that I might need an authorization.

Second, I scheduled an appointment with my doctor on campus. Due to my student health insurance,

I need to visit the campus health center to be covered. My doctor was very friendly, and open to the idea, but was not familiar with PrEP. She agreed to allow me to get the kidney, liver, and HIV test I would need before starting Truvada, and said she would research PrEP and talk with the other doctors at the health center.

My test results came back, and I was HIV- and had healthy kidney and liver functions. Meeting with the doctor, however, did not go so well. She informed me that neither she, nor any of the other doctors on campus, felt comfortable prescribing this medication for the purpose I intended. She did refer me to an infectious disease specialist though.

Finally, the day of the appointment arrived. I was meeting with the Director of the Division of Infectious Disease for the state I live in. I waited 45 minutes to go back, and then, after meeting with the nurse, a resident came in. She verified that I wanted PrEP, and then started asking me questions.

"Do you have sex with men, women, or both?" she asked in a staccato manner. "Men" I replied.

At this point, she put her pen down and stated "We don't prescribe this to people like you." [Ed: She is totally wrong. You do not need to have a steady partner, HIV+ or otherwise, to be prescribed PrEP.]

Huh. Two months of waiting, and a flat-out no. I asked her "Just like that? No?" 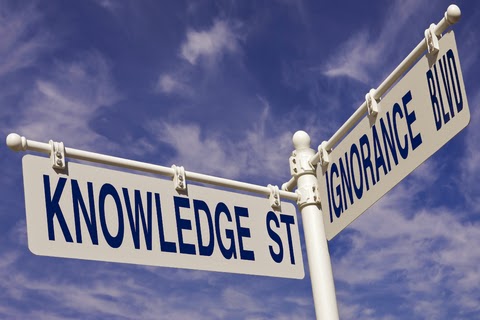 She said that her boss would come in and I could talk to him, but that they don't prescribe PrEP for people like me. And she left to get her boss, who is the Director of Infectious Diseases.


I was blown away. First, someone who I can only imagine deals with gay men on a routine basis, and she can't even get the words out to ask the questions she needs to know. Second, what the fuck did she mean by people like me? Men who have sex with men? Someone who is not fortunate enough to have found a partner to share their life with? Someone who wants to protect them self? I felt like she had already labeled me as "whore" and as far a she was concerned, the appointment was over.

Well, the head doctor came in. He went through a lengthy spiel that PrEP is not a solution, only condom use 100% of the time is effective, there are side effects, and that the studies were not done with people in my situation, but rather with monogamous couples where one partner was positive, the other negative, and the HIV+ partner did not have a drug-resistant strain of HIV. [Ed: The doctor seems to be confused with studies regarding the use of treatment as prevention which showed that HIV-positive people on treatment  with undetectable viral loads, and HIV-negative partners, were very unlikely to pass on HIV. PrEP studies have been completed with thousands of HIV-negative gay men, heterosexuals, and injection drug users. Some of these people in the studies had partners, some had POZ partners, but plenty were single.]

He said that they tried some trials with male and female prostitutes [Ed: This is misleading. The trials certainly included men and women who were sex workers, but there was no trial that only recruited sex workers], but then literally shrugged that off. I don't know if he was referring to me as a prostitute or not. He said that taking Truvada as PrEP would actually put me at a higher risk of getting infected with a drug-resistant strain of HIV and that I would be screwed then. [Ed: The data does not back up this assertion.]

Also, this was a daily medication, not something I could take on the weekend and go out partying. That I wouldn't be protected from other STD's, that there were terrible side effects [Ed: In fact, most people taking Truvada as PrEP have no side effects, and a small percentage have minimal], that they don't know the long-term results [Ed. It is true we don't have long term data on Truvada use among HIV-negative people, but we have more than a decade of data with HIV-positive people using this drug for treatment, and it is considered quite safe], and so on. Everything except being at a higher risk for contracting a drug-resistant strain of HIV was already known to me. I had been researching PrEP quite extensively.

Later that day, I got very angry when I considered my appointment. Never once did either doctor ask WHY I don't use condoms 100% of the time.  Perhaps if they understood me or my situation, they might have been more caring.


My experience has been this:

- I've had two boyfriends in monogamous relationships where we had both been tested and decided not to use condoms. Both of them cheated on me.

- I've had condoms break during sex.

- I've had tops sneak the condoms off during sex. (Sorry, but when your'e ass-up, face-down on a bed enjoying the sex, you can't see when they slip the condom off.)

- I've been the victim of an act of sexual violence, and the perpetrator did not use a condom.


Taking all of these together, I need to do something to protect myself and not have to rely on the top to do what he says to protect me.


But the doctors didn't care about that. I got the impression that they thought I was just some gay pig bottom whore that wanted to party on the weekends.

But, after all of this, the doctor did consent to writing me a prescription for Truvada. As he left, he said that this particular medication was usually tolerated very well. (So much for the part of his spiel going on about the terrible side effects.) Curiously enough, they didn't require an HIV test since I had just had one - two months ago. [Ed: This is problematic. The doctor prescribing PrEP should have done an HIV test. A confirmed HIV-negative test is absolutely necessary to start on PrEP. And people on PrEP need to get re-tested for HIV four times a year.]  (I did get one done by my regular doctor though, for my own peace of mind. It came back negative.)

The adherence nurse came in, and this is when I found out that I was the first person that has been prescribed Truvada as PrEP there. I live in a large town of 130,000 in the south. This just astounded me. I never thought I would be the only one or the first one.

But I had my prescription and I went to the pharmacy that the adherence nurse recommended. Then came the biggest surprise. My insurance did indeed cover Truvada, but the co-pay was $371. That is more than I pay for rent. That is more than a car payment. That was more money than I had. And I was devastated.

I called the adherence nurse, and I found out the second problem. Their office had lots of programs to help cover the costs of medications, but they were all for people who are HIV+, and I am not. She would look into it for me, she said. I told her that I would contact my insurance company and look at things on my end. But I really expected that PrEP was no longer a viable option for me.

I found some interesting things out, though. If I filled my prescription on campus, it would be at least $130 cheaper. When I went to retrieve the prescription from the first pharmacy, the pharmacist there gave me the number for a program that would cover $200 a month of my copay. I called, and was immediately enrolled. Then another hiccup. The campus pharmacy didn't carry Truvada. They would have to order it. And until they ordered it, they couldn't tell me what the cost would be. So I had to wait at least another day. Of course, after two months, what is another day or two.

After even more waiting, the campus pharmacy (which was suppose to save me money) was more expensive than the first pharmacy. I had decided that the $71 a month was a cost I could live with. I called the adherence nurse back to see if there were other options, but she was out for a four day weekend. I decided to just pay for it, and I started taking the pill today.

We will see what the next few days, weeks, and months hold for me.

Posted by NewPrevTech at 3:51 PM