...While my experience with Doctor Nameless wasn’t ideal, it was eye-opening. If it had to happen to someone, I’m glad that was someone who had the tools, resources, and voice to find a better solution and seek a change.

When I say “bitch” I didn’t mean randomly. Facebook is mostly just cat pictures, traffic complaints and filtered selfies, after all. Noise not signal.

Yet there are some great groups on Facebook, pages on a wide variety of issues, run by people who interested in sharing information, providing support, and making things better. PrEP Facts: Rethinking HIV Prevention and Sex, is one of those Facebook groups.

PrEP Facts was started by Damon Jacobs, a therapist and PrEP activist from New York City. I’d found his group it while researching PrEP and Truvada. While often raucous and combative, that energy comes from its passionate membership — doctors, educators, epidemiologists, regular folk — deeply committed to getting the word out about PrEP. Information, resources, and support are all to be found there. I knew I needed to post there. 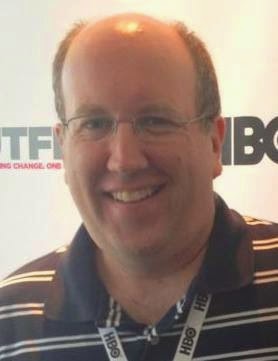 On-line, I recounted a (far briefer) version of my visit with Doctor Nameless. At the end of my tale, Iasked the group for both help in finding a better doctor and more information on bone-density loss, the one aspect of my recent craziness I wasn’t up on. I didn’t give Doctor Nameless’ real name out in the public forum. His medical group — UCLA Health — that I eventually stated.

In spite of my experience, I wasn’t looking to start an internet pogrom of torches and angry villagers against the man. It was important to get the facts out, to find out if what I went through was a common experience, but not to lambast someone by name, just as an example. I did decide that, on a case by case basis, if appropriate, I would disclose his name.

The response from the PrEP facts group was overwhelmingly affirmative. Not just posts that commiserated with me, but actual, hands down great advice and recommendations. The names of good doctors from across the city poured in. Some people even recommended I fly to their city to see their doctor or go to the clinic they worked at. It wasn’t lost on me that was something I might be able to swing, but what about all those other folks that couldn’t?

The thing that most surprised me were the numbers of folks who told me that Doctor Nameless’ response was unethical, bordering on malpractice.

I hadn’t thought about it in those terms. Annoying? Sure. Maddening, no doubt. Bang-off-the-walls-and-jump-in-a-lake-of-ice-cubes? It felt that way. But the ethical or malpractice suggestion gave me pause.

The American Medical Association says that, as patients, we have the:

“…. right to receive information from physicians and to discuss the benefits, risks, and costs of appropriate treatment alternatives. Patients should receive guidance from their physicians as to the optimal course of action…The patient has the right to courtesy, respect, dignity, responsiveness, and timely attention to his or her needs.”


which translated as requiring patients to receive correct information, to treat our concerns as real, and not to have a physician substitute their values for our own. For mine.

Another group member compared what happened to what some women have experienced from certain doctors and pharmacists when they ask to go on the Pill. While I’m still not convinced Doctor Nameless engaged in malpractice, in light of that comparison and the AMA’s standards, I don’t think what happened was all that ethical.

The most surprising thing that happened as a result of my post was that another physician from UCLA Health reached out and got in contact with me, Dr. Raphael Landovitz. Landovitz is a researcher and practitioner, the co-director also Co-Director of the UCLA CARE clinic, which is specifically devoted to the care and prevention of HIV. He’s also been at the forefront of implementing PrEP across Los Angeles.


On my call with Dr. Landovitz, he was incredibly apologetic, mortified even, by my experience. It wasn’t what was supposed to happen anywhere within UCLA Health. He was surprised when I told him the real name of Doctor Nameless, and quite frustrated to find that Doctor Nameless’ attitude was more wide spread than he knew.


“Come in and see me. Tell me more and let’s get this fixed,” he said.

It’s pretty wild when the head of a busy medical practice bends-over backwards to accommodate your schedule. (Surprising limber, that Dr. L.) Right of the bat that a huge upgrade from my earlier encounter.

When we did meet a few days later, it was crazy how impressive Dr. Landovitz was. He knew his shit. Better than I could ever hope to. I had had questions. He had answers. The right answers. Detailed. He citied studies. He explained what those studies meant in non-scientific human speak. (I can speak some Scientific Speak, but just not that fluent.)

He floored me when he pulled out a spreadsheet with various measures of my body functioning. He showed how we’d track all those measures, making sure there were no side effects from Truvada. While unlikely, he pointed out what could happen — and how to fix it.

I’m a nerd. I love data. Just between us? I had a nerd-gasm.

As we wrapped up this initial visit, he explained to me the prescription for Truvada, how to take it, what to take it with, and about the follow-up visits, near-term and long. I felt so much better about my decision to go on PrEP. That cinched it as the right choice for me.

When AIDS hit the public in 1982, I was 13. I was just putting my sexuality together, the whole “realizing I’m different” thing that young gaylings invariably have to do. As I grew, so grew the epidemic. People died.

My first job out of college was as an HIV/AIDS educator with the Whitman-Walker Clinics, trying to stop some of that death from happening. My second, after I got my Masters in Counseling Psychology, was as a therapist for people either dying of AIDS or dealing with HIV. I was 24.

Whether I wanted it to or not, “Gay” and “AIDS” had become linked. Joined. Inseparable. And that lasted…until now.

With the advent of PrEP, there’s now have second, potent weapon to stop HIV infection. While it doesn’t block all STIs, taken correctly, it does HIV. Hell, taken incorrectly, it still works pretty damn well. It’s a remarkable advance. I’m glad I’m here and healthy to see it.

While my experience with Doctor Nameless wasn’t ideal, it was eye-opening. If it had to happen to someone, I’m glad that was someone who had the tools, resources, and voice to find a better solution and seek a change.

I got to meet Dr. Landovitz, who I can’t speak of highly enough. In addition to continuing to see me for PrEP, he’s working along with his boss, Dr. Judith Carrier, to make sure what happened to me doesn’t happen to anyone else in the UCLA Health system. He told me to refer anyone, Los Angeles or not, to his clinic.

For the Doctor Nameless, who I think meant well, but fell far short of optimal patient care, I’m hoping the accumulated data from the new CDC guidelines, as well as information from other co-workers, turns around his point of view. If he remains resistant to prescribing Truvada for PrEP, he should make referrals on to other clinicians better able to help patients decide if PrEP is right for them.

For me, my PrEP experience is only starting. Not just on a preventative medicinal level, but on an activist one.

It’s now important for me to get the message out about this treatment, share information, and work to bring down the barriers that prevent anyone, at any societal level, from accessing this treatment. I was here to see the birth of this pandemic of HIV.

I’m now hoping that My PrEP Experience will include seeing the end of HIV once and for all.


*A former therapist and social worker, Jody Wheeler, M.Ed., M.F.A., is a writer and director in Los Angeles California.
Posted by NewPrevTech at 6:07 AM