Singapore Doc: "I remember the very first patient to whom I prescribed PrEP." 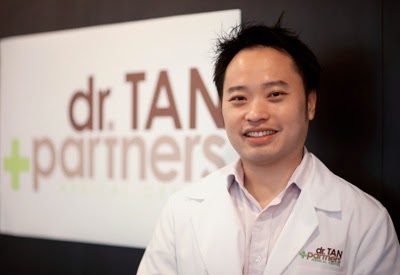 Many of my patients find it difficult to broach the topic of PrEP.

Most of them share  with me that they are worried about being judged.

I try to assuage this by making the  discussion factual, objective, scientific and professional.

I am a doctor practicing in Singapore. We are an island state located in South East Asia known for its squeaky clean image, economic prowess and draconian anti-HIV  laws. Singapore’s official reported prevalence rate of HIV is 0.1%. However, based on  good evidence, many people including myself believe that the real figure is closer to  0.3%.

I wrote a blog article on PrEP in 2010 when evidence of its efficacy first started to become apparent. I was at first rather skeptical. Not of the effectiveness of the treatment but rather of its potential uptake. I was wondering how to approach this topic with my patients.

I was worried that if I brought up the topic of PrEP to my patients, they would misconstrue my intentions as accusing them of being promiscuous or suggesting that they are knowingly putting themselves at risk of HIV.

Fortunately my fears were unfounded. Many of my patients were very pleased to  learn more about PrEP and even if they were not ready to start on it, they at least were  appreciative of the knowledge of this option open to them.

I remember the very first patient to whom I prescribed PrEP.

He was a heterosexual male  in his 30’s and had a HIV +ve girlfriend living in another country. He would visit  her frequently and each time he went, he took PrEP. This went on for a while and  they eventually got married. Now, he is on PrEP daily. True love and Truvada does conquer all.

Since then, I have prescribed PrEP to many patients. Although I routinely warn them  of the potential side effects, I must say, to date, the worst side effect I have seen in my  patients is some mild nausea. I am not even sure if the nausea was psychosomatic.

A common concern brought up by my fellow medical professionals is that prescribing PrEP will make patients more promiscuous. I personally have not found that to be  the case. In fact, all of my patients have reported that their sexual practices before and after taking PrEP have not changed.

I also find that my patients who bother to take the time to have a conversation about PrEP with me are people who are aware and realistic about their sexual habits and have a sense of responsibility to their own health and that of the people close to them.  So it seems to me patients on PrEP are already self selected to be the type of patients who will not throw caution to the wind  and take unnecessary risks because they are on PrEP.

Many of my patients find it difficult to broach the topic of PrEP. Most of them share  with me that they are worried about being judged. I try to assuage this by making the  discussion factual, objective, scientific and professional.

By focusing on the facts, the science and the data, I find that patients will naturally start to feel more at ease. Instead of taking a authoritative role and dictating to patients whether they should be on PrEP or not, I prefer to take a consultative role. I would detail out the benefits  and risks of PrEP, allow them to clear whatever doubts they may have then make a  decision with them, not for them.

I read with great interest the many stories on this blog. It is heartening to know that  there is so much financial support for PrEP in the USA. Here in Singapore, Truvada  costs SGD$30 (about USD$23) per pill and it is all out of pocket expense. I also find it heartbreaking to hear of medical professionals who give patients a hard time with regards to PrEP.

From the current evidence, it looks like we are inching our way towards a cure  for HIV. I do hope we will be able to realise this in my lifetime. In the meantime, we must not forget that we are fighting  a war and HIV is the enemy.

We must use everything at our disposal to win this war. PrEP is a weapon, use it.


This is a summit about humanity -- a future free of HIV/AIDS should be made available to each man, woman, and child around the world.

Dr. Tan runs a medical clinic in Singapore focusing on HIV and STDs. He  also blogs on HIV, STDs and other Sexual Health topics. Check it out at:  www.drtanandpartners.com


[EDITOR: If you are a doctor who prescribes PrEP and  would like to share your experience and perspective, send us your story to myprepexperience@gmail.com. Words or video.]

Posted by NewPrevTech at 8:15 AM