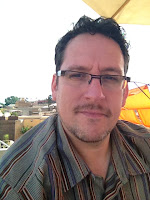 On April 5, 2013 I took my first dose of Truvada as pre-exposure prophylaxis (PrEP).

So many questions were swirling in my head at that point, and had been for weeks and months. As I was about to swallow my first pill, I gazed outside the window and wondered…

• How did I end up in this situation where I feel like I need PrEP?

• How is it possible that it was this easy for me to access PrEP when so many people don’t have access to ARVs to stay alive?

• How did I go from being a major PrEP skeptic 4 years ago to actually taking PrEP now?

• What would people think if they knew I was taking PrEP and therefore by implication putting myself more at risk than I’d even been willing to admit to myself?

• Will I be taking this pill every morning for the rest of my life?

• Will I start taking more risks than I did before?

• Will I experience side effects?

• When will this damn winter end? I know this is Canada and everything, but enough already with the grey skies and slush and dreariness.

To find clues about how I got here and how long I might need PrEP, I took a sexy stroll down memory lane. Or as I like to call it…

My Sex Life: A Tale of HIV Risk in Five Phases

Phase 1: “In the Beginning”, lasted 8 years. I grew up in Moncton NB, a small town on the East
coast of Canada, and stayed there until my mid-20s. Let’s just say there were not very many opportunities to participate in activities that would have put me at high risk. This was pre-interwebz and smartphones, folks. In a town with one gay bar. I don’t do bars. Ever. All my experiences were very low risk. I didn’t even want to experiment with high risk behaviours. I was much too scared. I watched my father, an out gay man, progressively get sicker and eventually die of AIDS, desperately gasping for breath in his last hours, right in front of my eyes. I was 18 when we learned he already had AIDS and he died when I was 20. Trust me, this leaves an indelible impression on a young gay man who is just beginning to have sex, and who has not even come out yet. I did come out very shortly thereafter, and I ended up in a long-term relationship pretty much immediately.

Phase 2: “Spreading my Wings”, lasted 9 years. I moved to the Ottawa/Gatineau region where I still live now, a sprawling metropolis compared to what I’d known until then. I was here by myself for a while. I decided it was time to explore and play around. Even after my partner joined me. But I was still not at high risk for HIV. This was largely because I was frankly uninterested in activities that would have put me at high risk. Partly out of personal preference. Partly out of concern about “bringing something home” to my partner (oh ya, I was suuuch a considerate adulterer!). Partly because at this stage my fear of getting HIV still considerably outweighed any desire to do anything even moderately risky.

Phase 3: “Letting Loose”, lasted 1.5 years. After the end of my 14-year relationship, I decided it was time to explore and play around even more. Not that I’d been an angel before. Far from it. But now I was ready for some adventure. Through it all, I can honestly say that I managed to maintain absolutely 100% condom use. Each and every time. How did I manage that? For one thing, while my fear of getting HIV no longer outweighed my desire to explore activities that happen to be more risky, it still was strong enough to reinforce my resolve around condom use. It also helps that negotiating, convincing, or cajoling are rarely required when you’re almost always the one actually wearing the condom.

PrEP would have made very little sense for me then. That would come later.

Phase 4: “The Dark Ages”, lasted 1.5 years. Through a very severe depression, there was nothing going on. Nothing.

Phase 5: “The Renaissance”, lasted 5 years. I was back to a life of adventure as a single gay man in a mid-size city, and on very frequent travel. At first, I still managed to maintain 100% condom use. But gradually, over the course of the last 2-3 years, I started to veer away from 100% condom use for reasons that I will explain in my next installment. As a sneak preview—it has to do with the current state of knowledge about HIV transmission, and, well… because sex feels better without condoms! *GASP* Stay tuned for the shocking next episode.

So now, for the first time in my life, at the age of 43, and after 25 years of active sex life (minus a brief depression-induced hiatus), PrEP makes sense for me. How long will this new phase last? How long will I be on PrEP? I don’t know. But luckily it exists and I can access it.

Len and Jake are so friggin’ smart and insightful and articulate, I want to marry both of them. It has been a tremendous source of help and support to read the thoughts of everyone who shared their stories publicly. A big hairy thanks to Jim Pickett for starting the “My PrEP Experience” blog because he recognized that amidst all the heated debates and discussions and policy decisions about PrEP, we weren’t hearing the voices of real-life flesh-and-blood people actually using PrEP.
Posted by NewPrevTech at 6:34 AM