"PrEP is my wake up call to a reality that I need to protect myself and stop putting my life in others' hands." 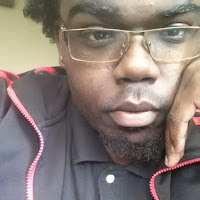 On August 18, 2014, I posted, “I chose to begin taking pre-exposure prophylaxis, or PrEP, as another way to take back control of my life. As a man of color who is also same-gender-loving the odds are against me in quite a few ways. Instead of allowing the world to get me, I’m taking a stand with my health.” Well it is almost a year later and I am still taking PrEP but my reasons have changed slightly.

Read the rest of the story on Christopher's blog.

And thanks Christopher for sharing your story with My PrEP Experience, and the world! Personal experiences and testimonials from people using PrEP - like you - are so powerful and help many, many other people clarify their own decisions around sexual health and wellness, whether PrEP is their choice or not.
Posted by NewPrevTech at 6:19 AM